This is a guest post from Dr. Katie Gravesen of Prescott Chircopractic.

Whether you use the blue, pink or yellow packets of artificial sweetener, there’s something you should know: Researchers at Purdue University recently discovered that these alternative to refined table sugar may disrupt the body’s natural ability to count calories – inhibiting the brain’s ability to tell you that you’re full.

Sneaky Substitute: According to late-breaking research, humans have a natural ability to detect the amount of calories in foods. This calculating process is regulated by the brain, which – if everything is functioning correctly – maintains a subconscious running total of how many calories are consumed throughout the day. Hunger levels are then adjusted accordingly. When artificial sweetener is substituted for real sugar, the body realizes it can no longer use it sense of taste to gauge calories – causing this built-in mechanism that prevents obesity to go haywire. The brain no longer regulates hunger levels according to the amount of calories consumed, because it can no longer judge calories based on taste. This jamming of the body’s weight control radar may explain why obesity is reaching epidemic proportions in the United States and other industrialized countries. Chiropractors, agree that this theory is plausible because the body has an innate ability to regulate itself.

The Proof Is In The Pit-Out: Terry Davidson and Susan Swithers of Purdue University in West Lafayette, Ind., conducted a unique 10-day test with laboratory rats. One group of adolescent rats was given an all-they-could-eat diet, complete with sweet drinks. A second group received only sugared drinks and a third cohort alternately slurped on drinks sweetened with saccharin and drinks containing sugar. After 10 days, the animals fasted for 12 hours before receiving a five calorie chocolate snack – what researchers described as “a substantial treat for a young rat.” An hour after the snack, Davidson and Swithers offered the animals a full meal and “tallied calorie consumption during the next 60 minutes. Rats that had gotten only sugared drinks ate another four calories, whereas those that had alternately downed sugared and artificially sweetened drinks pigged out on a whopping 15-calorie repast.” (Sci News 2004;66:29.)

The Texture Test: In a second test, a group of older rats received a high-calorie chocolate snack every day.  The consistency of the snack was the variable: half resembled a think pudding and half had a milk-like consistency. Over the next month, the rats dining on the milk-like snack showed a modest weight gain over the cohorts. Swithers concluded that “drinking a beverage may produce more weight gain than consuming the same calories in a more solid form.” (Sci News 2004;66:29.) Theses results suggest that fat substitutes may also trigger overeating. The Scientists dubbed their theory the “Pavlovain Approach to Obesity,” in the honor of Russian physiologist Ivan Petrovich Pavlov (1849-1936). Pavlov believed there was a direct link between the nervous system and the stomach. Building on Pavlov’s theory, a recent study conducted at the University of Oxford, England found that “brain mechanisms may be important in texture-related sensory properties of food that make them palatable and that me accordingly play a role in the hedonic [Pleasurable] responses to foods, the control of food intake and obesity.”(J Neurosci 2004;24:3086.)For example, Compared to a liquid snack, pudding’s texture is more palatable to the brain and taste buds. It registers a “full” signal faster, resulting in less consumption. Another example of this theory can be found in apples vs. apple juice.

Coping With The Controversy: The theories proposed by Davidson and Swithers have already led to some controversy. Particularly since the opposite view – the sugar substitutes promote weight loss – is so entrenched among researchers and the general public. In any case, doctors of chiropractic urge patients to opt for diets rich in “real” foods, such as whole grains, fresh fruits and vegetables, low-fat dairy products and lean meats. The less processed the better. Artificial sweeteners, on the other hand, are just that: artificial. Many have chemicals or re-engineered structures that may or may not compromise health. Saccharine, for instance, has links to cancer, and aspartame (NutraSweet) may cause cognitive problems.

The Packets May Not Peel Off Pounds: The use of artificial sweeteners to promote weight loss – and positively affect diabetes – was questioned as far back as 16 years ago. According to one review “there is insufficient scientific information to determine whether alternative sweeteners are of value in management of diabetes, either in improving dietary adherence or in contributing to the achievement or maintenance of a lower body weight.” (Diabetes Care 1988;11:174-82.) For some people, knowing that their favorite food item is sweetened artificially becomes a “green light” to consume more than they would if the product contained sucrose (table sugar).

Diet Soft Drinks – No Slimming Solution: There is no solid evidence showing that diet soft drinks facilitate weight loss. On the contrary, some researchers theorize that they may ass to the obesity epidemic. Aside from their tie-in with the “Pavlovian Approach to Obesity,” discussed previously, diet soft drinks consumption may trigger osteoporosis and obesity by lowering calcium intake. Drinking diet soda all day doesn’t leave a lot of room for milk consumption. In addition, the high levels of some minerals in soda are considered destructive to bone health. And it’s never too early to start preventing osteoporosis, say scientists. According to researchers from the University of Saskatchewan, Saskatoon, Saskatchewan Canada, “The development of bone mass during the growing years is an important determinant for risk of osteoporoses in later life.”(J Nutr 2004;134:696S-700S.) So what’s the link between obesity and calcium? It seems that increasing calcium levels leads to a smaller amount of body fat (Asia Pac J Clin Nutr 2004; 13(Suppl);144). And washing a calcium supplement down with your diet soda won’t offset the latter’s negative effects. Turns out dairy sources of calcium reduce weight and fat gain and “accelerate fat loss to a greater degree than do supplemental sources of calcium.”(Am J Clin Nutr 2004;79:907S-912S.)

The Money Motivation: Of course, like most things, you can’t have a discussion about artificial sweeteners without acknowledging the billions of dollars are involved in their manufacturing and promotion. Doctors of chiropractic urge patients to look beyond the glitzy advertisements and the “sugar-free” promotions.

A Sweet Solution: Instead of reaching for the artificial sweeteners, learn to enjoy food in its natural state. If you do need an added sweetener, first look to natural fruit sources. For instance, to sweeten morning cereal, add fresh peaches, strawberries or blueberries. Hot cereals can come alive with a sprinkle of raisins. Raw honey also appears to offer healthy benefits over table sugar. In fact, research shows that a small amount of raw honey each day may actually prevent disease. One tablespoon of raw honey contains 64 calories and 17 grams of carbohydrates. This amount also contains oligosaccharides, chemicals that support lower-gut “good” bacteria, which ward off intestinal problems (Nutr Today 2000;35:96).

Shun Substitutes: The prude study – the first of its kind – will likely fuel rebuttals, discussion and research for years to come. Whether sugar substitutes help in war on obesity or not, one fact remains true: they have absolutely no nutritional value. That’s why doctors of chiropractic urge patients to tame their cravings for sweets and rely on all-natural alternatives. 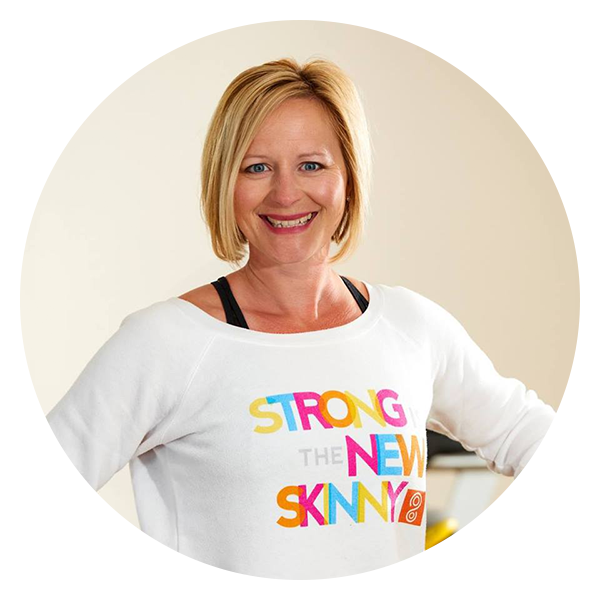